The Fate of Saaz Jewish Families Windts and Sommers

Family Alfred (* 1874) and Hedwig Windt (* 1876) lived in the 30s in his own villa in the Holletitzer street no. 1262 (later Šafaříkova, today Volyňských Čechů). This Villa had many rooms, office and salon for foreign customers, and has been luxuriously equipped. Mr. Windt owned together with his son Henry the wholesale sale of hops and brewing equipment. Their daughter Martha, with a degree from the Prague Polytechnic College, Erwin Sommer married and had a daughter Elisabeth (* 1938) and a son, Michael 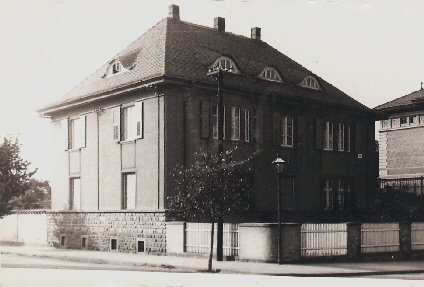 After the Munich Agreement in 1938 and the entry of the Wehrmacht were forced to leave Žatec and went to Prague. The house was requisitioned and aryanised and served as the Headquarters of the German Police and SD /german intelligence service/. The same happened with the shop that was taken probably a German company Zuleger. Family Sommer succeeded in July 1938 to emigrate to France. After the war, at the request message that the villa is in the national administration (administrator Volhynian Czech and a member of the Czech Army Mr. Jaroslav Prokůpek) and their trade is also below the national administration (national administrator, Mr Josef Biedermann) and that their assets are not recognized as Jewish, and therefore it has no overhead.

The Windt Mansion an Alfred Windt in Zatec)

Michael Sommer studied nuclear physics in Paris and also worked in the research department at CERN in witzerland. His sister lives in Israel in Tel Aviv (Bnei Brak). Parents died in France and are buried there. 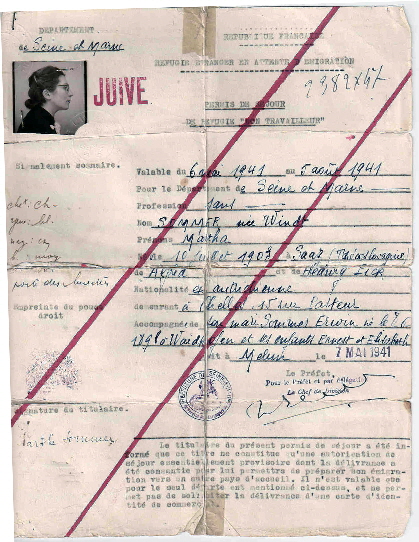 Martha Sommer as resident alien and jew in France 1941

.Source: Records, notifications, letters and photographs relating the Windts and Sommers (in private hands of family Richter in Leipzig) 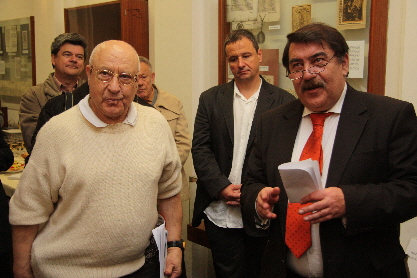