Rudolf-Franz Fanta and His Fate 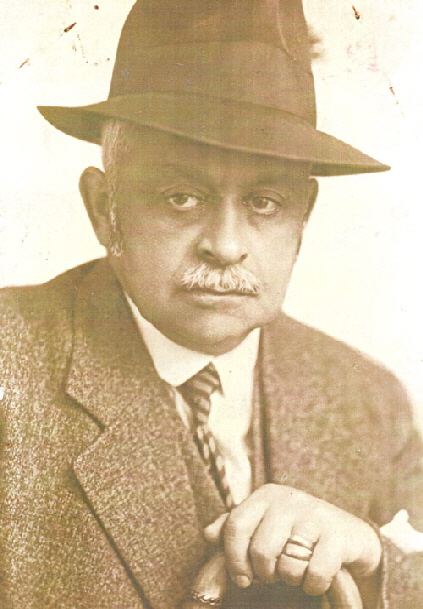 Fanta married April 11th, 1918 to Anna Maria Girschick, and from their marriage come two children, who have also died. In the thirties, Mr. Fanta was one of the leading members of the Sudeten German Social Democratic Party, and this work led him to Franzensbad.

After the occupation of the Sudeten by the German army he was immediately arrested because he was not only a social democrate but also of Jewish origin. His path led through Terezin (Theresienstadt) and Dachau concentration camps to Buchenwald, where he was killed as prisoner number 7898 in Block 34, and his death reason was officially attributed to "angina pectoris."

His granddaughter lives in Chemnitz in Thüringen (Germany) and provided a copy of the appropriate photo and document. 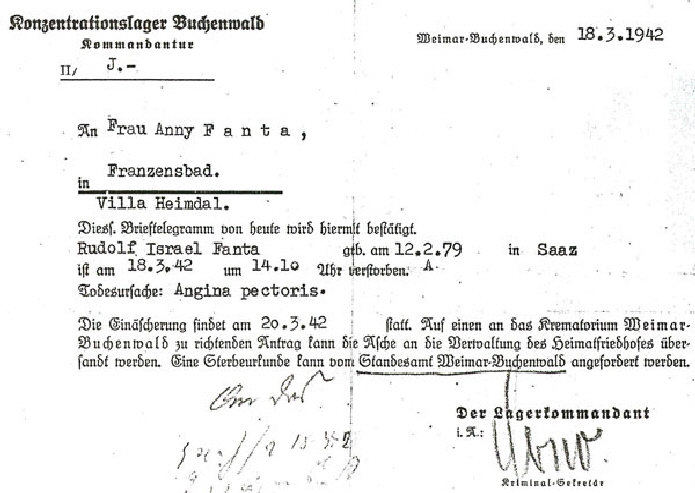 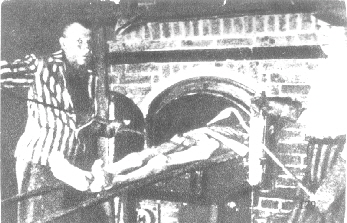 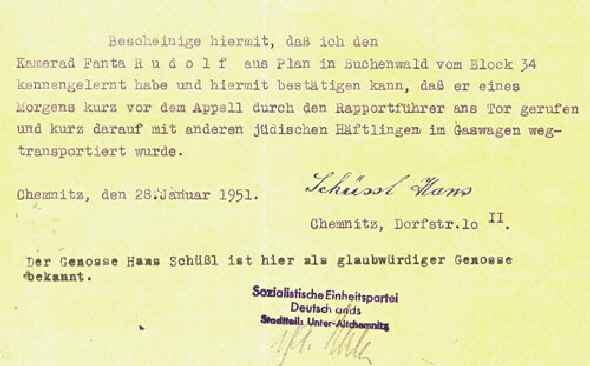