Persecution of Jews in the Sudetenland 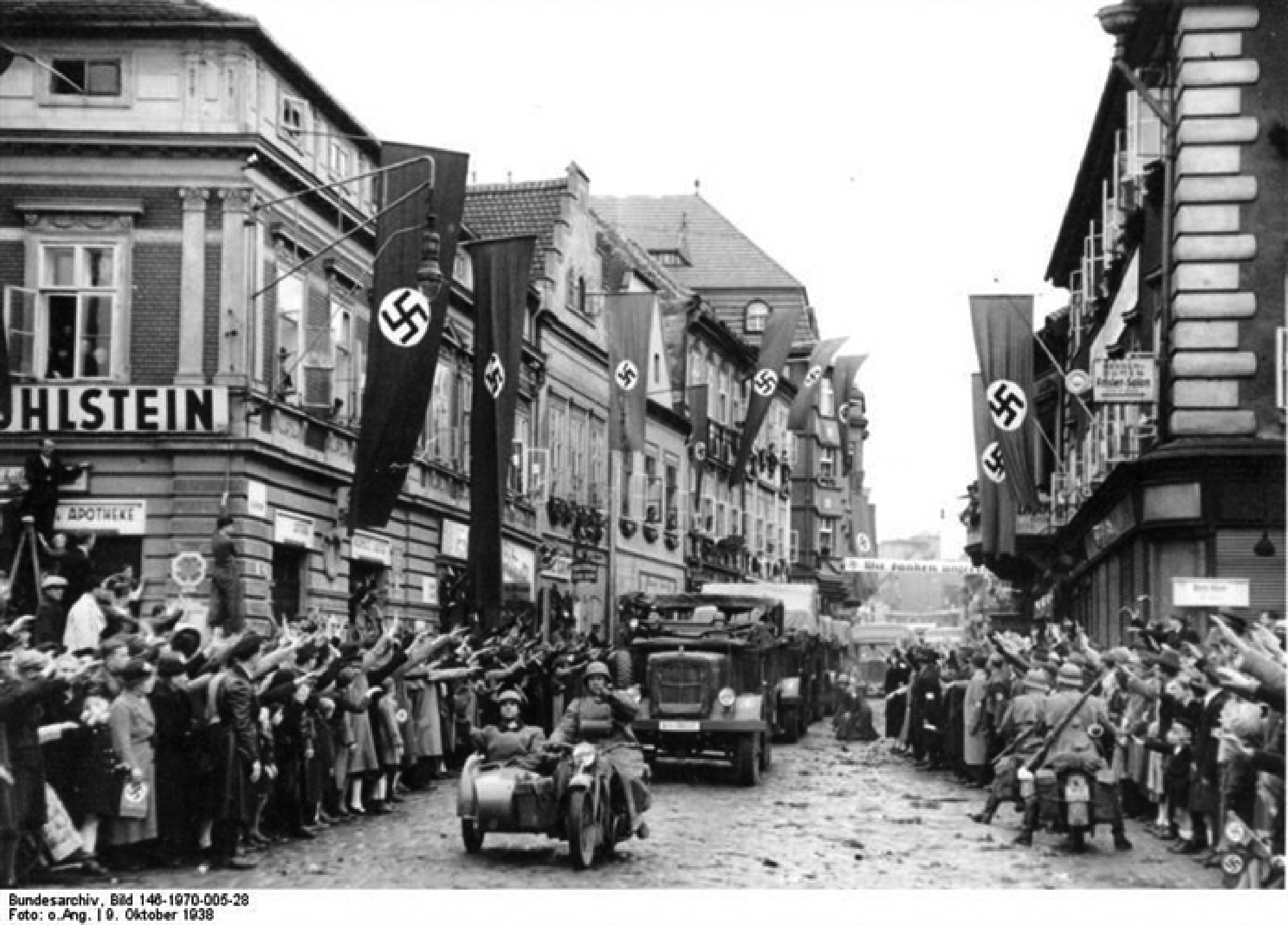 Racist anti-semitism in the Sudetenland advocated in the late 19th century by a radical minority of Germans . Efforts to exclude Jews and against the equality in society worked only latently . A major role in this played the in Czechoslovakia in 1919 newly founded National Socialist German Workers Party (NSDAP) of which the ideological leader was Rudolf Jung. He later played an important role in Reich where the German NSDAP was founded a year later. These parties were clearly anti-Semitic and collaborating with each other.

When in 1933, threatened by ban of the Czechoslovak government and dissolved itself. A few days later was created the so-called Sudetenheimatfront which have been accepted by most of their members. In 1935, this party renamed to the Sudeten German Party (SDP) and under the leadership of Konrad Henlein it became the most important political factor in the borderlands .

.Henlein denied fictional anti-Semitic, but it is not known that in the party were also members of the Jewish faith. He later expressed a clear, however, he admitted that it was acting only for diplomatic reasons. For the same reasons as follows sounded his speeches about alleged efforts for autonomy or separatism when denied a borderland incorporation into the Reich.

All this was reflected in the whole German society in the Sudetenland. Hostility to Judaism in clubs and associations was pioneered openly. The German association "Deutscher Turnverein" in which was associated every twentieth Sudeten German, had also in its statutes the so-called "Arian paragraph" which said that no Jew can be a member. And the future Sudeten German elite grew up in this spirit of intolerance and hatred against the Czechs and Jews.

"Anschluss" of Austria, the connection to the empire in 1938, however, was a milestone for the Sudetenland. SDP openly affirmed to German National Socialism, and even the question of the Jews (Judenfrage) has taken a clear position that in their statutes adopted also own Arian paragraph. SDP now clearly focused on the empire and adapted their internal division to the German NSDAP. The party's base rose to number over 1.3 million members and only few could avoid this movement. 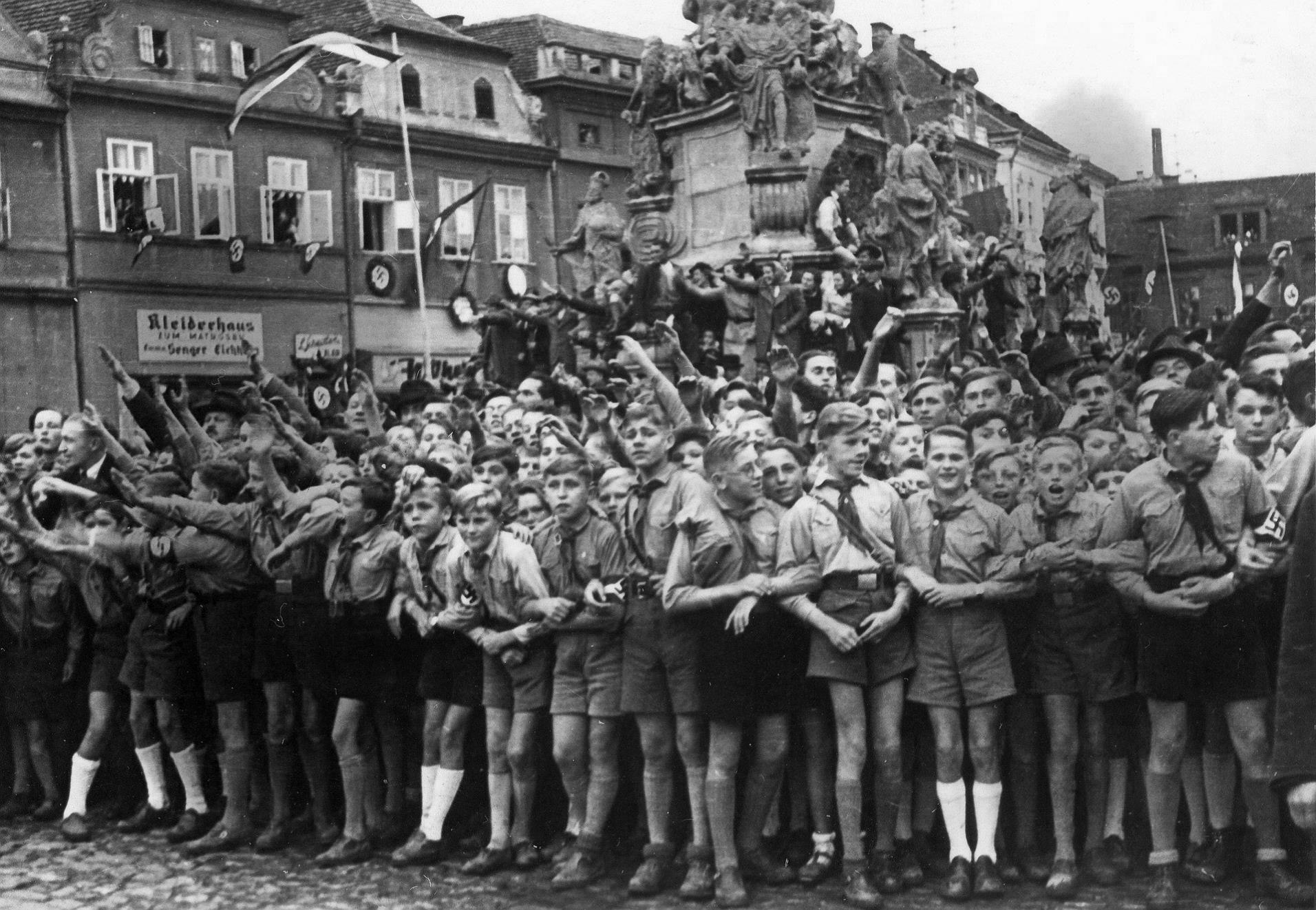 Since March 1938 there were regular skirmishes and violence against Jews, Czechs and the German Social Democrats. These actions were carried out by members of the SDP and were coordinated from the Empire. In some cities clearly urged Jews to sell and run. It was a Sudeten German variant of "street fighting" ("Strassenkampf"). The peaceful solution with Heinlein and his party could not occur.

In September 1938, it culminated the Sudeten crisis and pressure on the Jews. From more than nine hundred Jews who lived there early thirties stayed in Saaz only about a little over a hundred people. Most of those were not too wealthy, or those who feel sure, such as doctors who did not abandon their patients. Some cities in the Sudetenland has been reported as cleaned from the Jews (“judenfrei”).