.What remains unclear is role of the local Jewish community (headed by Karel KÖRPER) in those activities in favor of Israel. Some members of the community (e.g. Otto BECK, a dealer in hops) were in individual contacts with foreign personnel members in Israeli services and procured desirable commodities (personal weapons, tools, consumer goods) for them.

It is the first operational sortie of three four-engined B-17G „Flying Fortress“ Bomber Aircraft in the Israeli services during the War of Independence.
After a 3-day transatlantic multi-leg flight from the United States, three B-17G „Flying Fortress“ Aircraft arrived at a military airfield near Žatec on 15 June 1948. The aircraft ruled by crews of Capt. N. Lee, H. Rothstein and J. Bean were in a post-war demilitarized version (without armament and combat equipment), converted for cargo transportation only. It was necessary here to reconvert them into serviceable bombers again. The purpose was to ferry fly them to Israel with an air raid on various Egyptian targets during this mission.
During the next month, it was managed with Czechoslovak assistance to refurbish provisorily aircraft to serviceable bombers again, to put their crews together, and to plan and coordinate the entire operation. On Thursday, of 15 July 1948, all three „Flying Fortresses“, loaded with captured German bombs and equiped with captured German weapons, are taking off from the military airfield near Žatec. After 7,5 hours of flight, they split up over Crete island.

a crew of Capt. N. Moonitz in front of its B-17G „Flying Fortress“ Bomber at the military airfield near Žatec, perhaps before take-off for its combat flight on 15. Juli 1948; a C-46A „Commando“ Freighter in the background“ Foto: Courtesy of the I.A.F. and I.D.F. Archives

Žatec People and the Czechoslovak Military Assistance to Israel

.There were some of Žatec people who had, due to their post, knowledge about exact reason for stay of several dozens foreigners in district town having then 13 000 inhabitants, and about their activities at the nearby military airport, as follows: Jan ZICHA, a chairman of the Okresní národní výbor (District National Committee) and also its security executive; npor. František JANURA, a district commander of the Sbor národní bezpečnosti (National Security Corps as a post-war Czechoslovak police); Vojtěch TOUFAR, a head of the Customs Office in Žatec, along with its officer Václav KLEPAČ. Two residents of Žatec, Richard POPPER and Rudolf SCHENK, some of these Czechoslovak Jews who survived woes of war in Great Britain, and members of post-war Jewish community of Žatec, worked in team of ground staff in Israeli service directly at the military airfield.
Employees of the hotels where the foreign personnel in Israeli services was accommodated, do have some information too: at Stalingrad Hotel, there was its leaseholder Norbert SVATOŠ (with his family) and the doorman Karel TRÄTZ, at Zlatý anděl (Golden Angel) Hotel, there was its national trustee Otto PEJŠA. 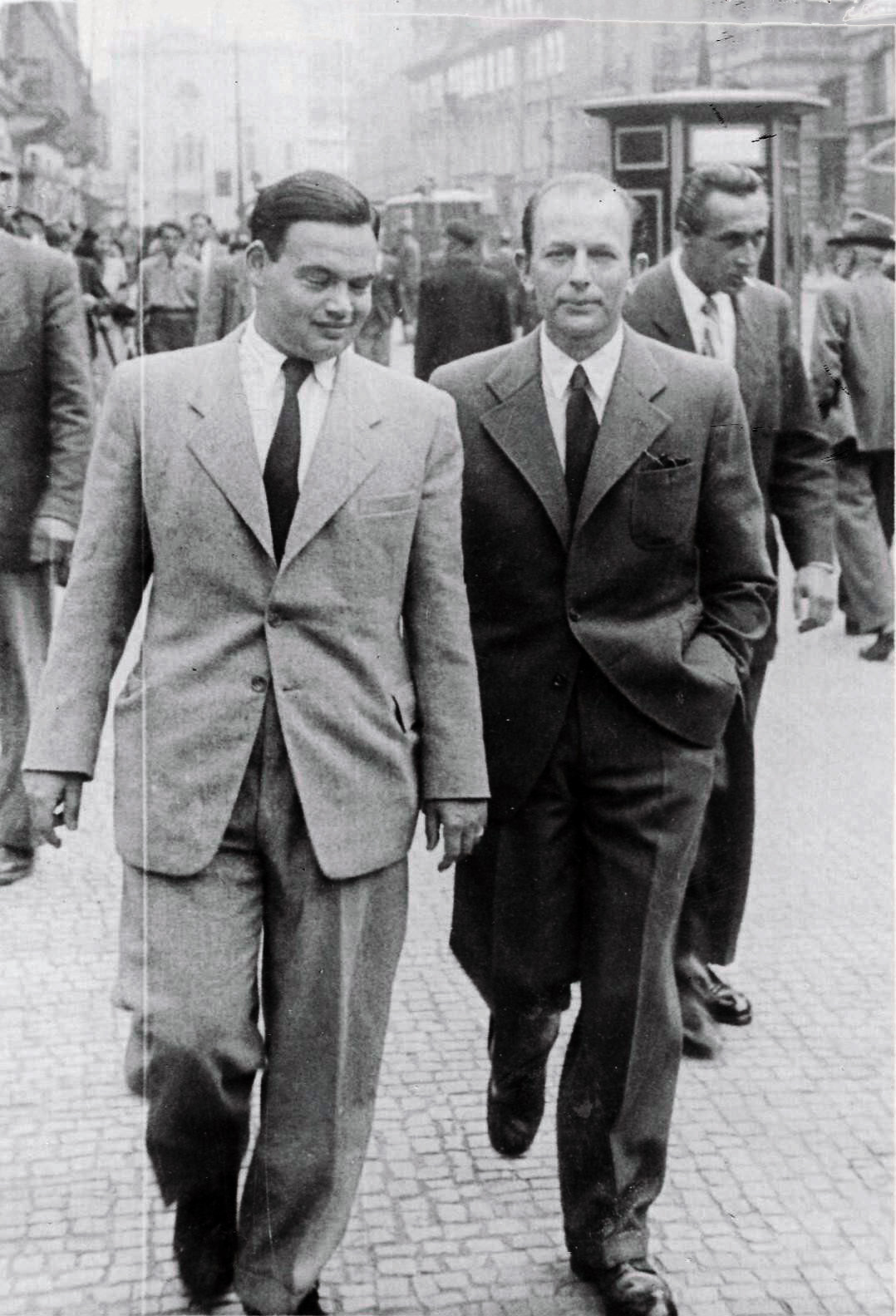 In case of illness or injury among foreign personnel members, local Všeobecná veřejná nemocnice (General Public Hospital) with the departments of surgery (headed by Dr. Viktor WACHTFEIDL) and internal medicine (headed by Dr. Václav MAREČEK) provided outpatient care or hospitalization, thanks to his knowledge of English, Dr. Vítězslav SCHÖNGUT, a junior doctor at hospital’s women and obstetric department, participated in their treatment (e. g. in case of M. RIBAKOFF) too. 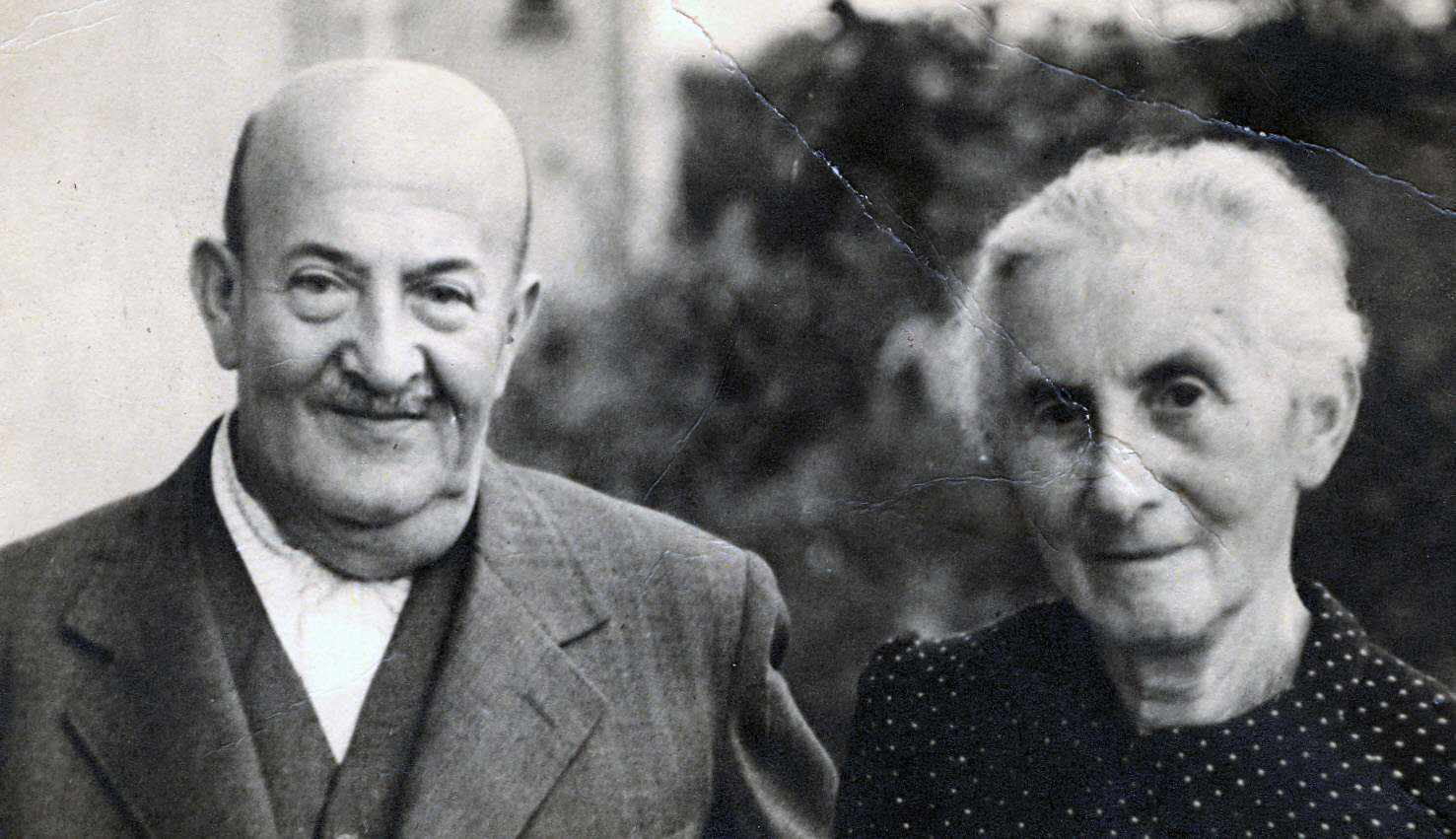 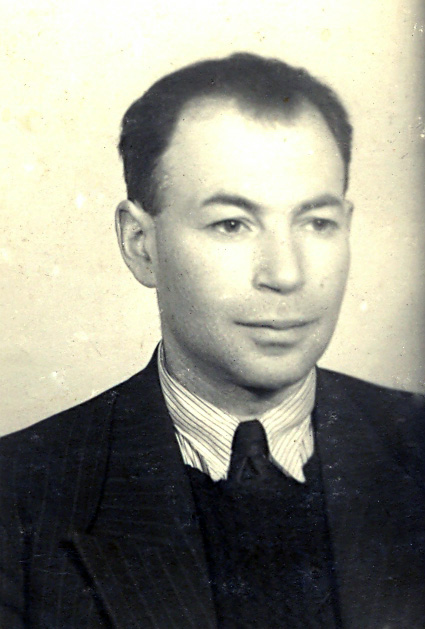 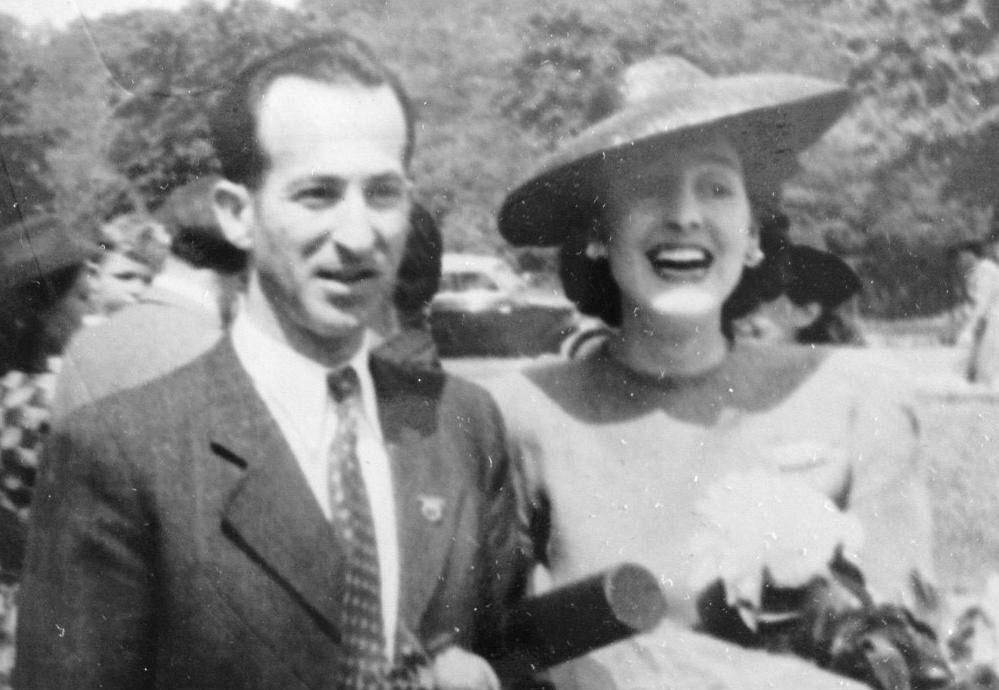 three B-17G "Flying Fortress2 Bombers at the military airfield near Žatec: a view from the cockpit of the C-46A "Commando" Freigheter Probably in late June 1948 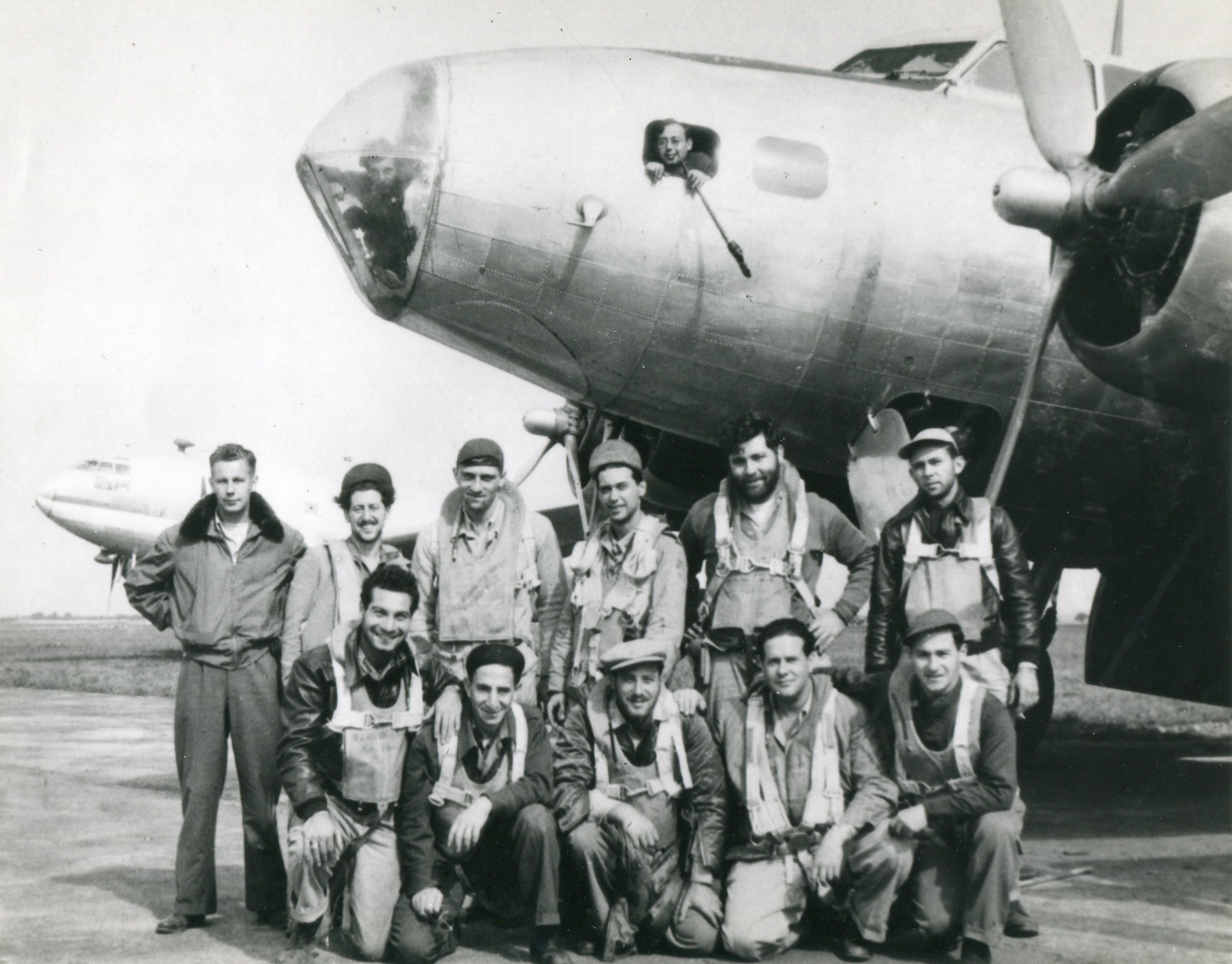 Karel Körper, chairman of the post-war Jewish Community in Žatec, with his Hermina

MUDr. Vítězlav Schöngut with his wife Joan Nancy after graduation ceremony of the faculty of Medicine, Charles University in Prague on 24.May 1946

Otto Beck, a post-war cantor of the Žatec Jewish Community

Two ships are directly heading for Sinai coast, for the last one of Capt. R. Kurtz, Cairo is its target. They are coming to it around 9 p.m., using radio frequency of Cairo Int. Airport for further navigation. Their aiming points were the Royal Palace at al-‘Ábdín Quarter and a railway station. Now, the „most important“ crew member of the crew is navigator J. Gross (alias J. ADIR) with provisorily installed German Lotfe 7D Bombsight. In end result, there is partly hit the Royal Palace, War Academy and a central market area. The ship is landing at Ekron AB as the first of three „Flying Fortresses“. The second one under the command of Capt. Al Raisin should have raided an airfield in al-Arish but the crew could not find this point and dropped bombs on the town of Rafah as an alternate target. The third ship ruled by crew of Capt. N. MOONITZ had the town of Gaza as its target. Both of them then landed safely around 11 p.m. at Ekron.
Raids as such themselves had only local scope but their importance, however, laid elsewhere: an ability of the Israeli Air Force to hit the Egyptian capital meant a threat to Egypt in the very center of power. The Egyptian leadership had to respond by strengthening the defense of Cairo Region and for this purpose, some field units from Palestinian front were withdrawn to the capital area too. As a result, it also meant a greater willingness of Egypt to conclude next truce.